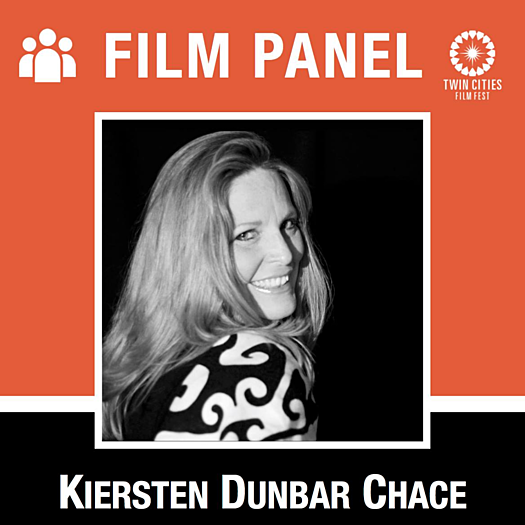 Kiersten Dunbar Chace is a human rights activist/advocate and an award-winning indie film producer and director with Mondé World Films who, for the past 23 years,  has focused her camera lens on South Africa. In 2009, Chace produced her first feature-length film ‘I’m Not Black, I’m Coloured - Identity Crisis at the Cape of Good Hope’ which explored the legacy of apartheid from the viewpoint of the Cape Coloured people. The film won an Audience Choice award at the Africa World Documentary Film Festival and has featured in several US and International Film Festivals and over 70 Universities. In September 2014, Chace's film was one of two selected to present at the prestigious academic conference Migrating the Black Body: Visual Arts and the African Diaspora in Hanover Germany. Kiersten was also featured in the academic book by the same name.

In March of 2017, Kiersten served as a human rights advocate/defender at the United Nations Universal Periodic Review working session in Geneva, Switzerland and with a small team from South Africa shared their human rights concerns.  Her latest film Word of Honour: Reclaiming Mandela's Promise was screened at the Palais des Nations. Kiersten also served as an observer in 2015 at the United Nations in Geneva when a Shadow Report was presented/submitted to the Int'l Committee on the Elimination of Racial Discrimination. This report cited South Africa as being in violation of the UN CERD Treaty/Convention. The film I'm Not Black, I'm Coloured was used as a supplemental neutral piece to help educate UN members on the history and struggle of the Coloured people of South Africa.

Her second project was a short film Tami Tushie's Toys which she produced with Melody Gilbert and a great team of filmmakers from Minnesota as part of an international competition. The film won the Audience Choice Award at Int'l Doc Challenge (Hot Docs Toronto), featured at the Minneapolis Int'l Film Festival, and appeared on the Documentary Channel.

In 2011, she released the documentary 'Solveig - The Life and Artwork of Solveig Arneng Johnson' which was also featured at several US festivals and was the first documentary film about a Saami American. Kiersten also consulted and filmed on the upcoming Bio Doc 'Conspiracy to Be Free: The Russell Means Story' (American Indian Movement).

Kiersten's latest film project 'Word of Honour: Reclaiming Mandela's Promise' is an introspective look into South Africa's young democracy as well as a meditation on what may be looming on the horizon for the Coloured people of South Africa. It has featured at the Human Right Film Festival in Barcelona, NYC and Paris, Twin Cities Film Festival,Vancouver South Africa Film Festival and the Critical Mixed Raced Conference at USC.

Future projects include a book on her 24-years of experience in South Africa, a screenplay based in Santa Fe, New Mexico and in March 2018, a short film on the upcoming Truth and Justice Commission in Namibia.

Kiersten is an inaugural member of the Hanson Film Institute Producer's Club - University of Arizona and member of IFPMinnesota.

Chace's grasp of her subject is not just the result of experience and research alone, but an unusual understanding of the complexity of human dynamics. This gives her the capacity to present complicated issues in a clear and simple way that is immediately comprehensible to the viewer. "Understanding of all the players, whether victim or perpetrator, is important in my storytelling. To search deeper into the mindset and motivation behind a difficult situation, whether it is right or wrong, justified or not."

When watching Kiersten’s films she calls us to consider what a transcendent state of consciousness might be like and recognizes the deep underlying similarities we all share vs superficial differences capturing the essence of our humanity, our suffering, our struggle and to present the belief in unity and the interconnectedness that is in all of us.

To see Kiersten Dunbar Chace's full profile (including skills, experience and contact information), you'll need to be logged in as a Professional.
Join or Log in