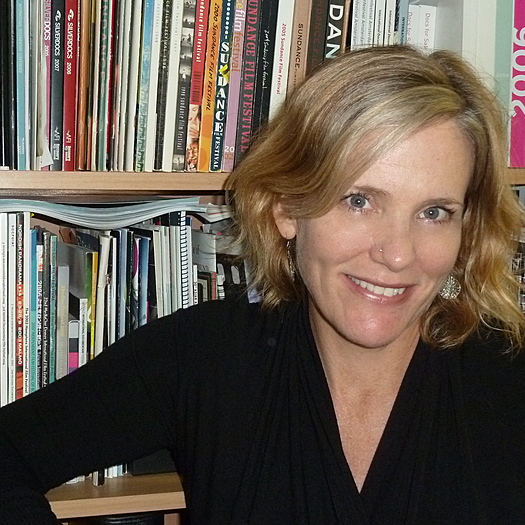 Mary Kerr is a documentary producer, grant writer, creative consultant, and editor. She began her film career in the early 90s working in various capacities for the Sundance Institute, eventually becoming a film programmer for the Sundance Film Festival. She subsequently went on to program for the Los Angeles, Gen Art and Maryland Film Festivals and in 2003, was named Director of Programming for the SILVERDOCS: AFI/Discovery Channel Documentary Festival. In 2006, she became the Executive Director of The Flaherty, producer of the annual Robert Flaherty Film Seminar where she created such public programs as Flaherty on the Road and the Flaherty NYC series. She has also worked in the program departments of Creative Capital Foundation and Scandinavia House. She has served on funding panels for the NEA, NYSCA, ITVS, POV, Tribeca Gucci Fund, and festivals juries for the New Orleans, Ashland, Full Frame, Sarasota, Nordisk Panorama and HBO Comedy Arts Film Festivals, among others. She was also curator of the 2009 and 2010 Council on Foundations Film and Video Festivals. She holds a B.S. in Journalism from the University of Maryland and currently lives in Brooklyn, NY.