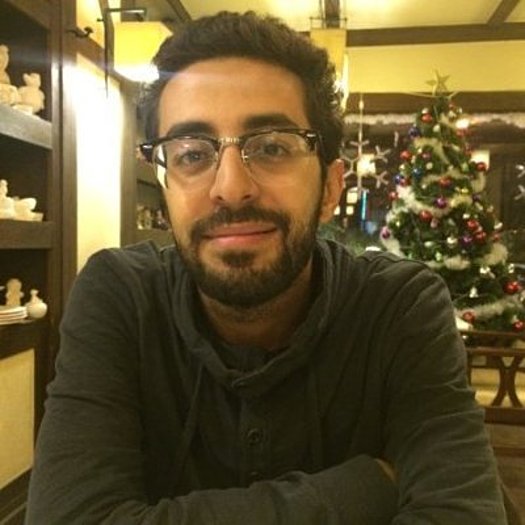 Marouan Omara was born and raised in Cairo, the controversial largest city in the Middle-East and Africa. He is a “city boy”, being used to the noisy crowds, the warm and the polluted days of Cairo which is most famous for the great pyramids and the sphinx that Marouan never visit.

Marouan's Mother used to be a teacher were he goes to her classes sitting next to the door, eating his sandwiches, while she is shouting on her students. maybe that's why when Marouan is not filming, he mostly teaches to make a living believing on the statement “Those who can't, teach!”.

His Father works in Tourism which is one of the most important sectors in Egypt's economy. But it have been always a common target of attacks dating back to the early 1990's till now a day. That makes Marouan's Father economical statue always unstable.

Marouan goes for five different schools around Egypt with a vary of it's social levels that pulls him deeply into the Egyptian community daily life with it's wide range.

Early in his first year of university, most likely during the third or fourth week of discussing the studying departments on faculty of applied arts, Marouan discovered what he had always been looking for. phrases like “Camera Obscura” and “Film Rolls” stirred his imagination, and ignited the fire within his soul. indeed, Marouan had found a career path that would suit his interests.

Filmmaking seemed like the perfect match, with always keeping the option to shift his career, once he felt he can live without filming or isn't interested anymore to discover himself / The world around him.

Marouan Omara is a part of a generation, who is lost between the past and the future. This generation was the main spark of the Egyptian revolution. He shares with them the same needs, troubles and hopes for a better country.

Filmmaking for Marouan is an interesting medium that helps him to expand his life experience. it's a learning process where he got involved to uncover his personality. This process always surprises him with it's unexpected loop that makes every film a whole new experience. He thinks filming is the best way to confront his conventional ideas as a person/community and face, question, examine it.