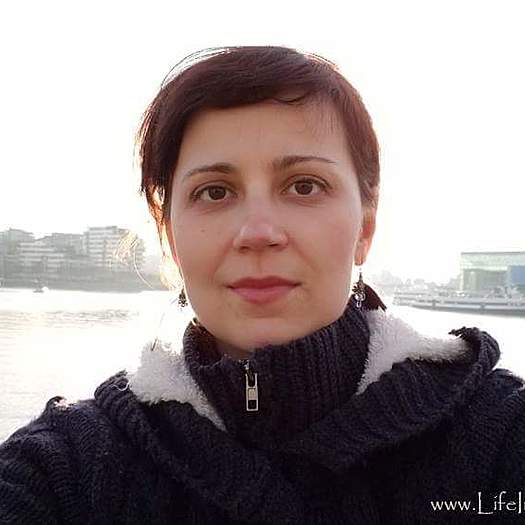 Tatiana  is an indie filmmaker and still photographer, originally from Russia, has lived for about 10 years in Canada. Having a background in photography and languages her passions lie in a few other creative field as well - filmmaking, dance and design.

As a filmmaker, Tatiana had a chance to try her hand in short dance films within the frames of several dance film-making festivals (workshops) in Russia. One of them, “Vertical Tango”, was part of the Liquid Bodies Program at the Moving Pictures Festival of Dance in Toronto, Canada (October 2003).  In 2011 she has graduated from the Documentary Production Program at Langara College (Vancouver, BC) and her first short documentary film “Arte, Ardore, Onore: The World of Swordplay” received the Moving Images Distribution Award at the VWIFF2012.

She also collaborated with a few other indie filmmakers as a cinematographer, editor, choreographer and in various crew positions and is currently working on the Tango Dancers Project.

Tatiana is open to colloborating with other people on their projects or mutual projects. Feel free to contact for any inquiries.

Portfolio & Resume can be seen at:

Apart filmmaking Tatiana is an avid Argentine dancer with 15 years of experience and has been teaching tango, DJ-ing and organizing tango events since 2009. Social dancing is one of the main passions of Tatiana and she also loves and can teach the basics of zouk, fusion and kizomba, urban kiz (following and leading).

In the last years her passion is also alternative healing, wellness and esoterics, she is currently studying astrology, numerology, aromatherapy and practices intuitive consulting and crystal healing.

More information can be found at: