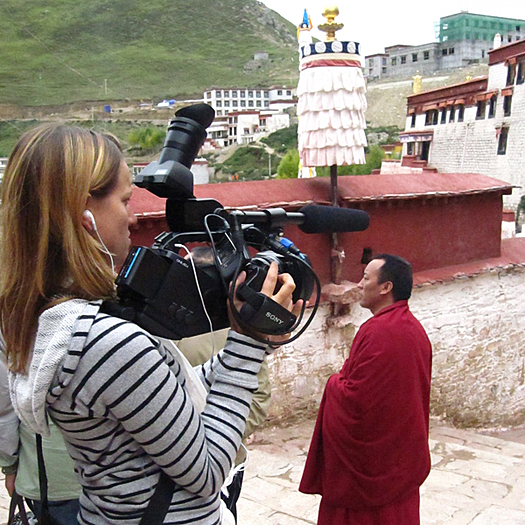 Magela Crosignani Magela Crosignani is a native from Montevideo, Uruguay. She holds a BFA from NYU's Tisch School of the Arts and a MFA from the prestigious American Film Institute where she earned her degree in Cinematography. She began her career shooting several short films for which she received the Kodak Cinematography award at the 2005 Palm Springs International Film Festival and the Maurice Kanbar Achievement in Cinematography at the 2004 and 2005 Fusion Film Festival in New York City. She continued her career working on several sets in different parts of the world, shooting second unit and being the camera operator on Liev SchreiberÂ´s directorial debut â€œEverything is Illuminatedâ€ shot in Check Republique and distributed by Warner Independent, working as the on set colorist in Darren AronofskyÂ´s film Â¨The FountainÂ¨ Produced by Warner Bros Pictures, and shooting second unit for French director Olivier Dahan (La vie en Rose) on his first American film Â¨My own love songÂ¨ produced by Legende Films and shot in Lousianna. Since graduating from AFI Magela has shot the feature film Â¨The Imperialists are still aliveÂ¨ starring Cannes and Cesar award winning actress Elodie Bouchez (The dreamlife of Angels), the film Â¨Mary-MarieÂ¨ by NY experimental filmmaker Alexandra Roxo, and is currently filming a feature length documentary on location in China about diplomatic relationships between China and the US being directed by Vanessa Hope. Furthermore, she worked as C camera operator on the film â€œCowboys and Aliensâ€ directed by John Favreu and starring Daniel Craig and Harrison Ford.