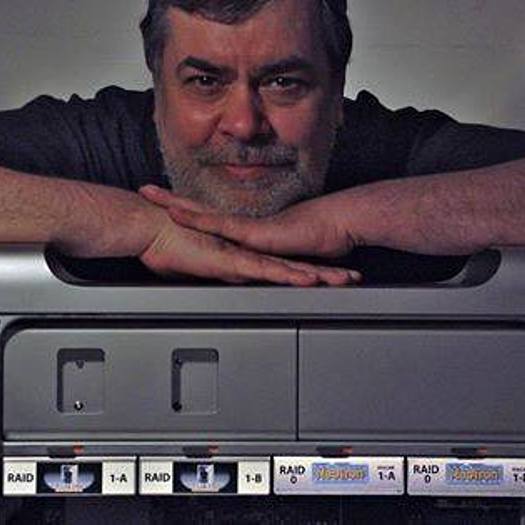 I started as a film editor in the 70's and enjoyed early success with several doc prizewinners. I got interested in computers in the 80's. I brought the two together on Avid in the 90's and have continued in digital ever since. If I hadn't embraced computing culture when I did, I'd be in real estate today! My tools are Avid, Final Cut Pro classic, both of which I've helped beta test, and I'm probably adding Premiere Pro. If I have a mentor, it's Ralph Rosenblum, Woody Allen's first editor, whose book When the Shooting Stops... is required reading in many post classrooms-- including mine when I teach. One of the first workshops I taught was at Boston University-- it was Ralph's, but he couldn't make it due to a heart bypass operation. We compared notes on approach and we were pretty much on the same page-- show before and after fine cut! "Worth ten lectures," he told me. I work generally out of Boston, but that's flexible, especially when there are warmer climes ;-) I have worked in New York and LA. I love my work, and I love other people's work, and I love helping folks realize their vision and I am sometimes able to surprise them with editing solutions. I sometimes report and review content creation tools and products for publications. I bylined Boston's Imagine News Tech Edge column for ten years. I don't hire out as a cameraperson but I shoot my own docu productions. I am at this writing co-producing with Rachel Victor JARVIS ROCKWELL's AMERICA, a longform docu profile of Norman's oldest son, his art, family, and obsession. Some samples of my work are available on my YouTube Channel: neotrondesign .

To see Loren S. Miller's full profile (including skills, experience and contact information), you'll need to be logged in as a Professional.
Join or Log in