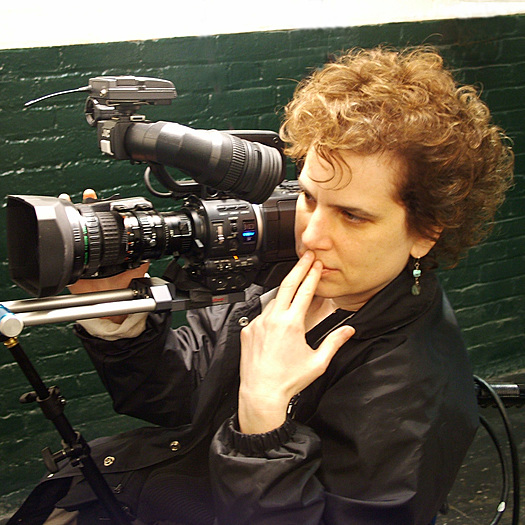 Laura Paglin has been producing and directing films since she was a teenager. Each one of her narrative and documentary films has explored the dramatic lives of 'the underdog'. Her nostalgic comedy/drama feature, NightOwls of Coventry (2005), tells the tale of cultural turf warfare in the 1970’s, where a seedy all-night deli becomes the "theatre of battle." NightOwls was shown theatrically in several US cities, as well as Toronto, and is distributed my Cinema Epoch / Koch Lorber Video.

Paglin’s more recent films have dealt specifically with struggles of poor minorities. Her documentary, No Umbrella – Election Day in the City (2006), brings us a street-level view of the 2004 Election Day failures as they play out in one inner city polling location. No Umbrella premiered at the 2006 Sundance Film Festival and won many awards, including the "Jury Award for Best Short" at the Full Frame Film Festival in Durham, N. Carolina and an "Audience Award" at the Sydney Film Festival. It was acquired by HBO Documentary Films and aired on Cinemax.

Paglin's first feature length documentary, Facing Forward (2011), follows a charismatic but troubled teenager as he navigates a strict new inner city school. Facing Forward was a runner-up for the "Roxanne T. Mueller Audience Award for Best Film" at the Cleveland International Film and was the winner of a "Crystal Heart Award" at the Heartland Film Festival. In 2014, Paglin co-produced with PBS affiliate WVIZ Ideastream an updated broadcast version of the film (Facing Forward: A Student’s Story) that was syndicated nationally through American Public Television to over 80% of the top 50 PBS markets.

More recently, Paglin completed the documentary Unseen, which tells the complex and horrific story of the Anthony Sowell serial murders that were discovered in Cleveland, Ohio in 2009. Unseen screened at DOC NYC, the Cleveland International Film Festival and the San Fran Doc Festival among others. It's being distributed internationally by Filmrise and will be available in the US on the Starz App October, 2018.

To see Laura Moire Paglin's full profile (including skills, experience and contact information), you'll need to be logged in as a Professional.
Join or Log in