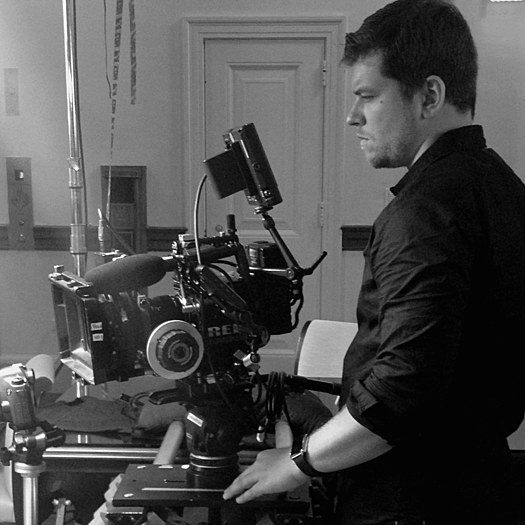 Kyle I. Kelley is a Brooklyn based freelance cinematographer, and owner of BullMoose Pictures. He is currently in post-production on Jeff Golub: Train Keeps A Rolling, a documentary he shot and directed. After graduating with a degree in Cinema & Photography from Ithaca College, Kyle began working at Insignia Films, a Manhattan-based documentary production company. While at Insignia, Kyle worked under Director Stephen Ives, who has produced over 20 feature length documentaries. Kyle also had the opportunity to learn from one of the best documentary cinematographers in the country, Buddy Squires, ASC. Kyle’s past cinematography credits include multiple projects for UNICEF, Farmers for America (Feature Doc), Retro Report (New York Times), The Sound One Project (Feature Doc), and They Might Be Giants (Feature Doc), Maggie Black (Fiction Feature), and numerous music videos short documentaries, and short fiction films.