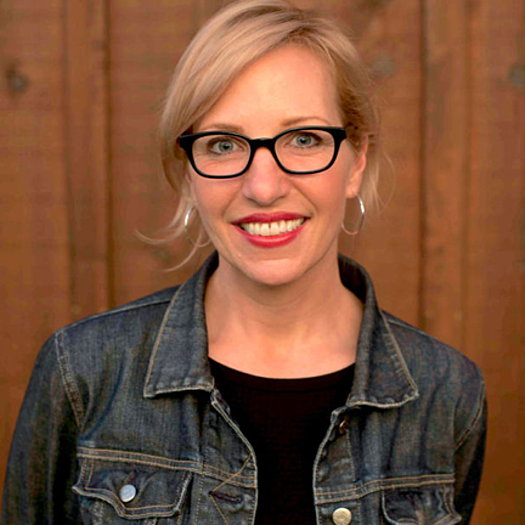 Kelly Amis is a Director/Producer who combined her passion for race equality with her creative talent by founding Loudspeaker Films, an independent production company, in 2010.

Loudspeaker's signature project, the TEACHED Short Film Series, has won 18 film festival awards and been screened at venues including the U.S. Department of Education, SXSW-EDU, Museum of the Moving Image, Salesforce Foundation, LinkedIn, and ASU-Global Silicon Valley. Kelly also produces and directs the interview series "On the Loudspeaker" as well as videos on-contract for select organizations.

Kelly's films reflect twenty years of experience working with and for urban students and families. After graduating from Georgetown University, Kelly taught fourth and fifth grades in South Central, Los Angeles as a Charter Corps member of Teach for America. What she witnessed in her school and community there motivated a lifelong commitment to fighting racism in America, including and especially as it affects Black boys and young men. She went on to earn a Master's degree in Education Policy from Stanford University, study the Australian education system as a Fulbright Scholar, and co-author a book on high-impact education philanthropy called "Making it Count."

In Washington, DC, Kelly worked as a Legislative Aide for U.S. Senator Dianne Feinstein, handling Education, Labor and Foreign Policy issues, and later became the first Education Director for Fight for Children, where she devised and implemented a "three-sector strategy" that has so far resulted in over $800m in new federal funding for District of Columbia schools and students. Kelly also helped design and launch the non-profit Building Hope, which leverages public funding to provide urban students with new, high-tech school facilities.

Kelly is currently filming her first feature-length documentary on location in Oakland, CA.