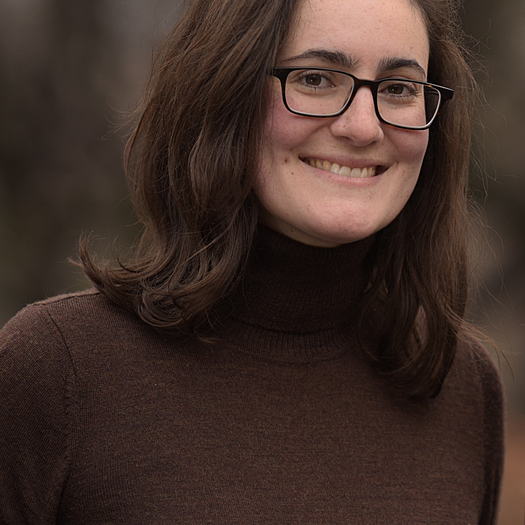 Katia Maguire is a director and producer of documentaries based in New York.  She is currently directing and producing HOME TRUTH, a feature-length documentary about a domestic violence victim turned activist who takes a case about police non-enforcement of restraining orders to the U.S. Supreme Court and an international human rights tribunal.  The film is funded by ITVS, Latino Public Broadcasting, and NYSCA and has received support from Women Make Movies, the National Association of Latino Independent Producers, and IFP Film Week's Spotlight on Documentaries.

As a producer for Quiet Pictures, Katia Maguire recently produced Participant Media’s KINGDOM OF SHADOWS (SXSW, Full Frame, DocNYC, IDFA 2015) a documentary about three witnesses to the US-Mexico drug war that broadcast on PBS' POV in the fall of 2016.  She also produced THE GRADUATES/LOS GRADUADOS, a bilingual series about Latino high school students that premiered on PBS' Independent Lens in 2013.

Previous to her work at Quiet Pictures, Katia was a senior associate producer for WOMEN, WAR & PEACE, a five-part documentary series for PBS about the role of women in modern conflict.  She served as co-producer on QUEST FOR HONOR, an independent documentary about violence against women in the Kurdish region of Iraq that was short-listed for the 2010 Academy Awards and premiered at the Sundance Film Festival.  Katia worked with veteran and award-winning public media journalist Bill Moyers as a producer and associate producer on MOYERS & COMPANY and BILL MOYERS JOURNAL and began her career as an associate producer for PBS’ AMERICAN MASTERS.

Katia was selected as a 2015 fellow in Impact Partners' inaugural Documentary Producers Fellowship, and has received fellowships from the Corporation for Public Broadcasting's Producer's Academy, the Brooklyn-based documentary arts center Union Docs, the National Association of Latino Independent Producers' Latino Producers Academy, and the Flaherty Film Seminar.  For her work on Home Truth, Katia was a recipient of the Garrett Scott Documentary Development Grant, an award curated by Thom Powers and the Full Frame Documentary Film Festival, and was nominated for the Tim Hetherington Trust Visionary Award.  Katia is a graduate of the University of Virginia, where she majored in Foreign Affairs and Latin American Studies, with academic work in Lima Peru, Valencia Spain, and Havana Cuba.