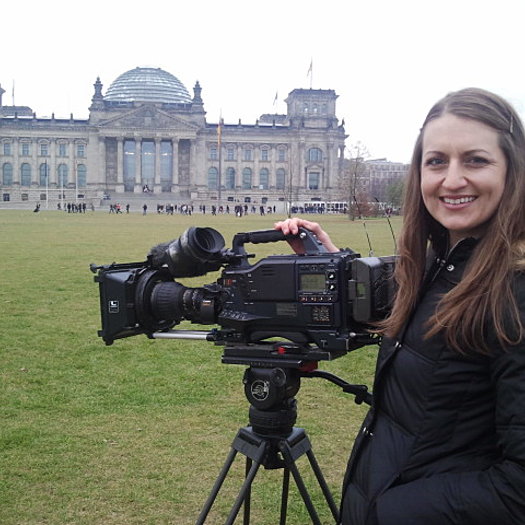 Kate McMahon has contributed to more than 40 hours of national documentary and long-format news programming, primarily for PBS, since she began her career in 1998 as an Associate Producer for The NewsHour with Jim Lehrer. Today, she produces and co-produces documentaries for the PBS series FRONTLINE; independent films, digital channels and PBS stations. Her current film is about the history of women in computing for Google family foundations â€“ release date 2014. Recent film projects include FRONTLINE: Life and Death in Assisted Living (2013); FRONTLINE: Nuclear Aftershocks (2012); FRONTLINE: The Vaccine War (2010); FRONTLINE: Sick Around America (2009) and FRONTLINE: Sick Around the World (2008). In 2008, Kateâ€™s co-production of the 2-hour historical film Andrew Jackson: Good, Evil and the Presidency premiered on PBS. In 2004 Kate associate produced the Oscar-nominated film ENRON: The Smartest Guys in the Room and in 2005 co-produced FRONTLINE: The Meth Epidemic. In 2001, while working at ABC-NEWS Nightline producing the PBS series Life 360, Kate covered the tragic events of 9/11 for Peter Jennings in New York City. She went on to work for NOW with Bill Moyers covering the nexus of business and politics in Washington, D.C. Her on-going production of Inside the Psychologistâ€™s Studio is a popular web series for the Association for Psychological Science. Outside of producing documentaries rooted in journalism, Kate has produced and reported public radio programs, associate produced programs for Oregon Public Broadcasting and published articles in Metro Parent Magazine.
To see Kate McMahon's full profile (including skills, experience and contact information), you'll need to be logged in as a Professional.
Join or Log in