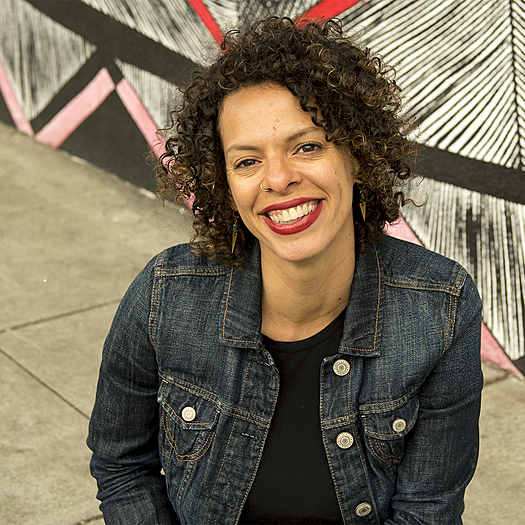 Jessica Jones is an Emmy® nominated Oakland-based filmmaker with a passion for creating powerful and engaging visual content. With roots established in documentary filmmaking, but branches that extend to corporate content, video installations, and the technology sector, she enjoys applying her creative toolkit to educate with storytelling. Currently, she is created branded content for Virta Health, an online diabetes reversal treatment, and an Digital On-Call Producer at KQED Arts. Previously she has worked on feature films including A FRAGILE TRUST (ITVS), THE CONVERSATION DOC series, AMERICAN PROMISE, and A NEW COLOR. She is a graduate of Northwestern University, and George Washington University’s Institute for Documentary Filmmaking. She was the 2011 George Stoney Fellow at Working Films, and a 2013 BAVC Mediamaker Fellow. She has guest lectured on the documentary process at San Francisco State, Laney College, and San Francisco City College. In 2016, she received an Emmy® nomination for “Women Dancers Redefine Oakland’s Street Dancing Scene”, published on KQED Arts.