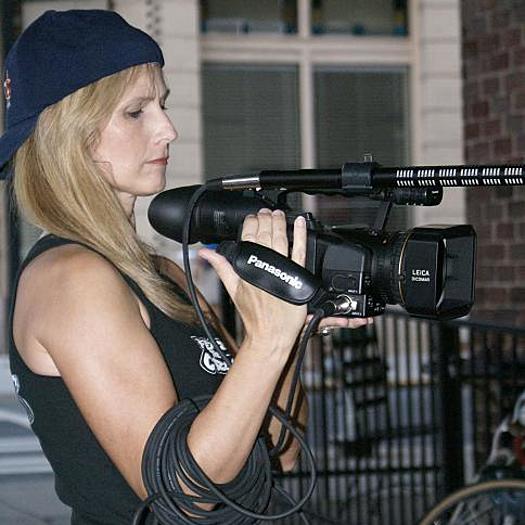 Denice Ann Evans, CEO of Jâ€™Hue Film Productions, is a writer/director who has just completed her first feature length documentary entitled, Spitting Game: The College Hook Up Culture. Denice is a published author and graduate of Emory University in Creative Writing and Film, where she received her degree summa cum laude. She is also a Life Balance Coach and Writerâ€™s Coach for her business Catalyst Coaching & Associates. Denice specializes in Life Coaching for College Students. Most recently Denice was a guest expert, speaking about â€œcollege hook ups,â€ on The Morning Show with Mike and Juliet. Her documentary was also an official selection at the 2008 Boston Film Festival, Florida Media Market, and The Oxford Film Festival. Denice intends to bring national attention to her documentary and establish herself as a filmmaker known for bringing awareness to critical social and civil issues facing the world today. Her next documentary, on the history of vaccines, starts pre-production in January 2009.
To see Denice Ann Evans's full profile (including skills, experience and contact information), you'll need to be logged in as a Professional.
Join or Log in