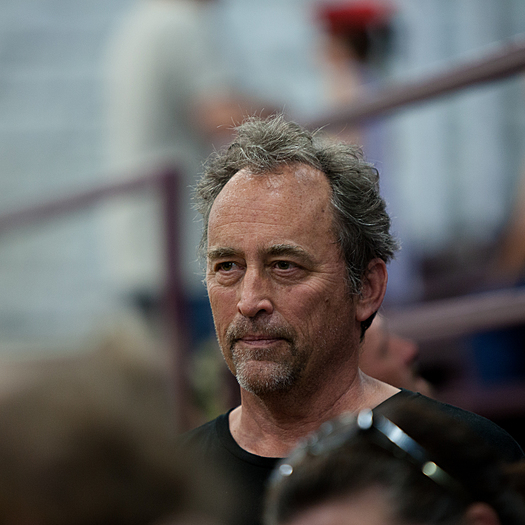 James Rutenbeck is an independent producer and editor. His films have been screened internationally at museums and festivals, including the Museum of Modern Art, Cinema du Reel, Robert Flaherty Film Seminar, National Gallery and Margaret Mead Film and Video Festival. His feature-length film Scenes from a Parish won the three Insight Awards of Excellence from the National Association of Film and Digital Media Artists and was broadcast on the PBS series Independent Lens in 2009. James was recipient of the DuPont Columbia Journalism Award for his work as producer on the PBS series Unnatural Causes and has been awarded grants from Sundance Documentary Fund, Latino Public Broadcasting and Southern Humanities Media Fund.  James recently produced, directed and edited two half-hour films for The Raising of America, a forthcoming California Newsreel project about the social ecology of child development in the U.S. He is currently Executive Producer of Class of ’27, a series of three short films about the lives of very young children in remote parts of rural America.

Editorial credits include over 50 films for PBS, BBC, Channel Four (UK), Discovery Channel and Showtime. They include Zoot Suit Riots and the 2008 ALMA award-winning Roberto Clemente for American Experience, the Emmy award-winning Siamese Twins for NOVA, Herskovits at the Heart of Darkness and American Denial for Independent Lens and People of the Shining Path for Britain's Channel Four. James lives in Newton, Massachusetts.