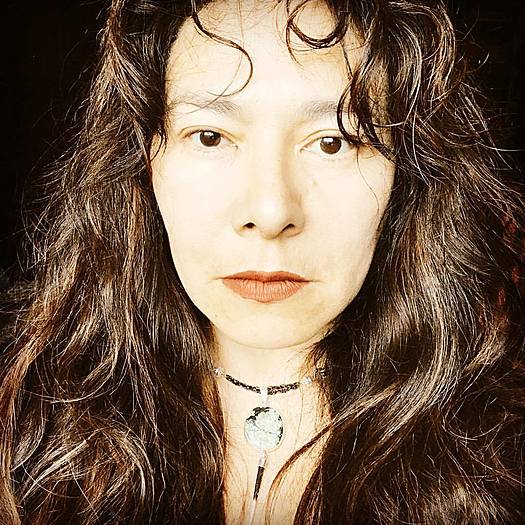 María Agui Carter is a filmmaker, and Assistant Professor of Visual and Media Arts at Emerson College.  She has won George Peabody Gardner, Warren, and Rockefeller Awards, and served as a visiting Artist and Scholar at Tulane, Brandeis and Harvard.  A former staff producer at WGBH TV in Boston, over a dozen of her films have shown at festivals, on PBS and Cable, nationally and internationally.

Recent completed projects include: the documentary Rebel (as writer/director/producer), winner of the 2014 Erik Barnouw Award (given to the best historical films in America) and broadcast on national PBS; the play Fourteen Freight Trains (as writer), performed in 2015 at Arena Stage, Washington, D.C.; the short film ¡CUBA! (as writer), at the American Museum of Natural History Nov. 2016-Nov. 2017; and the upcoming SciGirls Latina PBS broadcast and trans-media series, for which she directed the opening episode and also served as a series advisor.

She is now in development on her first narrative feature, a fable called The Secret Life of La Mariposa, selected as a Sundance Screenwriter’s Lab Intensive Fellow, as well as a Cine Qua Non, and New York Stage and Script fellow. In this coming of age script about immigrant girls and environmental stewardship, Ms. Agui Carter draws on her own experience growing up an undocumented “Dreamer” in America who graduated from Harvard College. The film is in development, with Barbara DeFina, producer of such classics as Martin Scorcese’s Goodfellas and Michael Jackson’s Bad video, Executive Producing and Maria Agui Carter directing.

Ms. Agui Carter is a member of the Writer’s Guild of America, East and serves on their WGAE Diversity Coalition. She is the former Board Chair and Trustee of the National Assoc. of Latino Independent Producers (NALIP), and was founder and Artistic Director of the only retreat for women directors and writers of color in America, The Artist Retreat Center, which ran in 2015 and 2016.  She has co-authored a forthcoming 2017 White Paper on Gender Inequality in Film and Television, and is authoring a new White Paper on Diversity and Inclusion in the Industry slated for 2018.

To see Maria Agui Carter's full profile (including skills, experience and contact information), you'll need to be logged in as a Professional.
Join or Log in