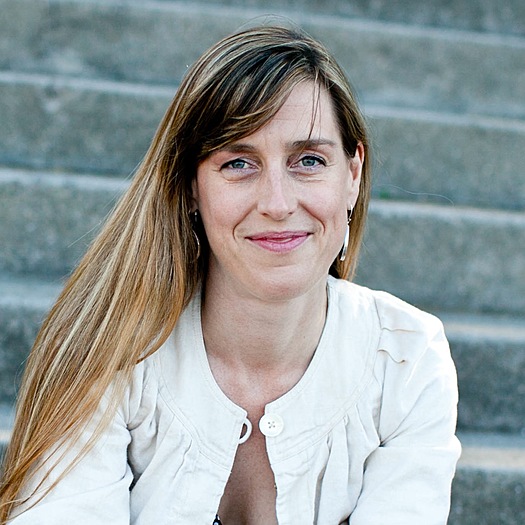 Samantha Grant is an award-winning documentary filmmaker, journalist, and educator. A third generation journalist, Samâ€™s approach to storytelling is influenced by both her undergraduate degree in American Studies/Literature from Yale University and her Journalism Masters from the UC Berkeley GSJ. Through her production company GUSH productions, Sam has created work for MTV, ABC, PBS, CNN, NPR, PRI, FRONTLINE, FRONTLINE/World, and Al Jazeera International. Sam has produced and directed several short films on subjects as varied as the black market trade in human kidneys in India, polygamy in Utah, Fair Trade roses in Ecuador, and the hand crafting movement in the US. In 2007, Sam was named a Carnegie/Knight fellow as part of the News 21 Initiative on the Future of Journalism and in 2011, Sam was named a BAVC MediaMaker Fellow, where she began developing the Educational Alternate Reality Game DECISIONS ON DEADLINE. DOD teaches journalism ethics through an interactive gaming experience and was conceived as a companion transmedia project to Samâ€™s first feature documentary A FRAGILE TRUST: Plagiarism, Power, and Jayson Blair at the New York Times. A FRAGILE TRUST is currently touring the film festival circuit and will be airing nationally on PBS in May, 2014 as part of the award-winning series Independent Lens. Sam is also the DP/Producer of the upcoming feature documentary GIRLS IN THE FOREST, which tells the story of a revolutionary girls high school being built in one of the last pristine forests in South America. When sheâ€™s not shooting, producing, or editing independent documentaries, you can find Sam lecturing at UC Berkeley's Graduate School of Journalism and Stanford's Knight Fellowship program. Company Website: http://www.gushproductions.com
To see Samantha Grant's full profile (including skills, experience and contact information), you'll need to be logged in as a Professional.
Join or Log in