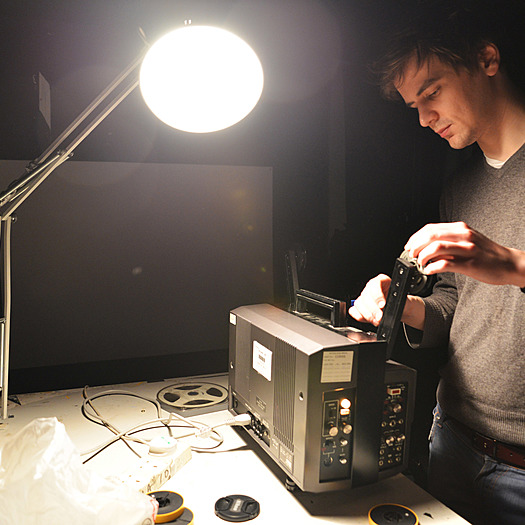 Deciding to specialise in documentary, Duncan went to study at Edinburgh College of Art graduating in June 2013 with a 1st Class Honors degree in Film/TV. His graduation film Radio Silence was awarded the Helen A. Rose Bequest for distinguished final year work by the University, and the Audience Award at his Graduate Filmhouse Show. During the same graduate showcase Duncan was also nominated for the Scott Ward Cinematography Award for his work on fellow graduate James Ewenâ€˜s documentary Down the Line. Initially, before Edinburgh College of Art and after leaving school, Duncan studied a two year HND in TV Production at Edinburghâ€™s Telford College (now Edinburgh College), graduating with an Audience Award for his short documentary All the Way from Glasgow. His films The Lady with the Lamp, Soft Toffee and Seavacuee have been selected for various film festivals at home and internationally. The Lady with the Lamp being the most successful to date played many festivals such as Glasgow Short Film Festival, The Smalls, London Short Film Festival, East End Film Festival and more. As well as this, Duncan was commissioned to produce work for Cloud Atlas (a feature film directed by the Wachowskiâ€™s & TomTyker), a documentary for the Refugee Survival Trust and music/corporate promo videos for local bands/businesses. Duncan has worked for Edinburgh International Film Festival since 2011. Previously as Videotheque Supervisor, and now as a Print Viewer for the month of June. Outside of film, Duncan has worked on both personal and commercial photography projects such as weddings, graduations and portraits, some of which have featured in publications. Currently Duncan is helping at the Scottish Documentary Institute with the distribution of feature doc I am Breathing, alongside developing his own new projects.
To see Duncan Cowles's full profile (including skills, experience and contact information), you'll need to be logged in as a Professional.
Join or Log in