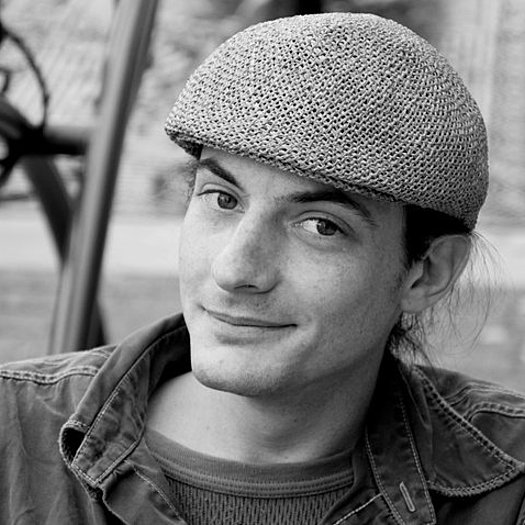 Derek A. Reuter became an artist at a very young age and a professional activist in his late teens. Yet no matter what you read below, he could care less about credit, ego, or popularity. Nothing appears to matter more to him than a shared vision and connection among the friends that manifest it. Although as an altruistic activist he has involved himself in numerous nonprofits, causes, events, and campaigns including a community organizer for Citizens Action Coalition, Project Director/Secretary of the Board for Heartland Communities 501(c)(3), Watershed Coordinator for Save Maumee Grassroots Organization, co-organizer of multiple national events, and founding executive director of A Greener Indiana and it's national model A Greener America. As an ascetic artist he has had gained skill as a lyricist, ceramicist, glass blower, musician, and creative where he contributed and share amorous misfires and sweet desires with a community of co-creators influencing music, fashion, movies, and art performances worldwide. Influencing musical acts such as Lady Gaga, Paramore, Carney, Adam Lambert, Black Eyed Peas, Kimya Dawson, Parliament Funkadelic, and more. After retiring from a role as an Ambassador of Goodwill and Public Diplomacy for a global cooperative, he has suffered from an extreme case of burn-out and fizzled muses. But wouldn't you know it, good grace of inspiration and a full taste of motivation has returned in the mission to write and direct his a non-fiction film. The Fiddler's Film (working title) offers a new way to look at our country's complex cultural heritage and our future. We will follow the fiddle through the Midwest root's music of Old Time and Bluegrass into new emerging genres like Folk Punk and Hillgrass to expand the perspective and legacy of American Folk Music and it's impact on community issues. It will allow audiences to explore various topics and inspire people of all ages and backgrounds to pursue their own creativity and community.
To see Derek A. Reuter's full profile (including skills, experience and contact information), you'll need to be logged in as a Professional.
Join or Log in