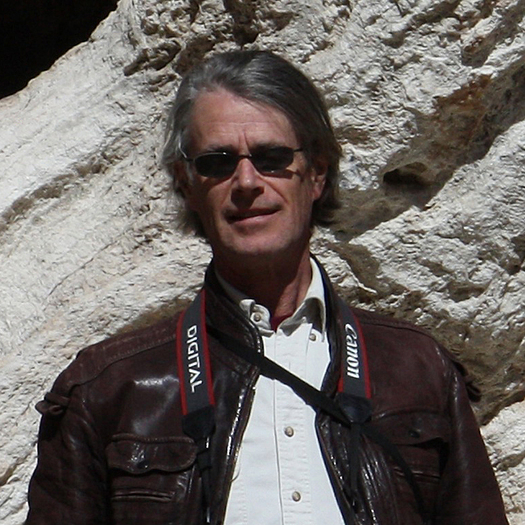 Jon H. Davis embraces digital media, expressing his vision of people and places while reflecting his love of the natural world, ancient arts, and global adventures. He has been an avid photographer since his youth and after his studies at the Brooks Institute of Fine Art and Photography, went on a two-year sojourn taking volumes of photos. While driving across Europe and Asia in his Volkswagen van, his adventures included kayaking in the fjords of Norway, skiing throughout the Alps, and elephant-riding in Sri Lanka. In addition to his published photographs and video documentaries, Davis creates colorful contemporary artworks inspired by Tibetan mandalas or â€œcosmic maps of the universe.â€ Working with his process of â€œdigital alchemy,â€ he transforms his photographs and paintings into vivid mandalas, incorporating elements, textures, and patterns from the natural world. His documentary LANGUAGES LOST AND FOUND: Speaking & Whistling The Mamma Tongue, co-directed with Iris Brooks, and narrated by William Hurt, has been screened at museums, universities and the United Nations.
To see JON H. DAVIS's full profile (including skills, experience and contact information), you'll need to be logged in as a Professional.
Join or Log in