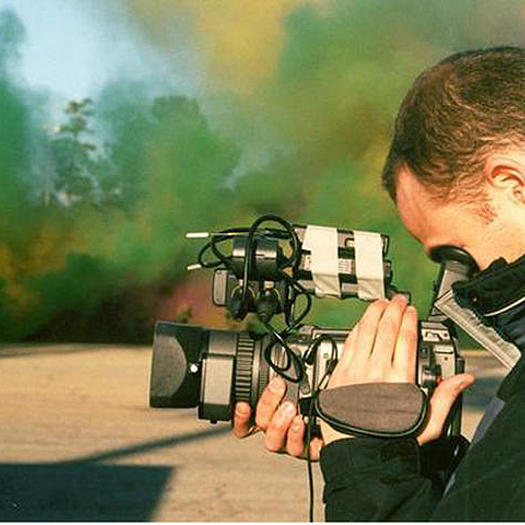 David Becker is a producer, director and cinematographer. His most recent film, Saint Misbehavin': The Wavy Gravy Movie, recently premiered at the South by Southwest Film Festival and is currently playing in film festivals around the country. The film, which David produced, was Executive Produced by DA Pennebaker. David recently directed the feature-length documentary Small Steps: Creating the High School for Contemporary Arts, which follows the creation of a small school located inside one of New Yorkâ€™s most dangerous high schools. The film was produced by two-time Academy Award winning filmmaker Barbara Kopple, edited by Bob Eisenhardt, and aired nationally on PBS. Becker coordinated the restoration and re-release of Koppleâ€™s landmark documentary Harlan County USA, including a Sundance Film Festival premiere, theatrical release, Criterion Collection DVD and soundtrack on Rounder Records. He has collaborated with Ms. Kopple on several nonfiction projects, including Shut Up and Sing, My Generation, The Hamptons, and Confident for Life: Kids and Body Image. Beckerâ€™s short film Rock Off! recently premiered at the Cleveland International Film Festival in 2009. He co-created and produced the video podcast documentary series Magnetic Baby, about up and coming rock band Semi Precious Weapons, which was available on iTunes. In 2004, he was one of several filmmakers who helped to field produce Katy Chevignyâ€™s film Election Day. He has also created promotional videos for nonprofit organizations working on issues such as womenâ€™s rights, civil liberties, voter registration, youth activism and international peace.
To see David Becker's full profile (including skills, experience and contact information), you'll need to be logged in as a Professional.
Join or Log in