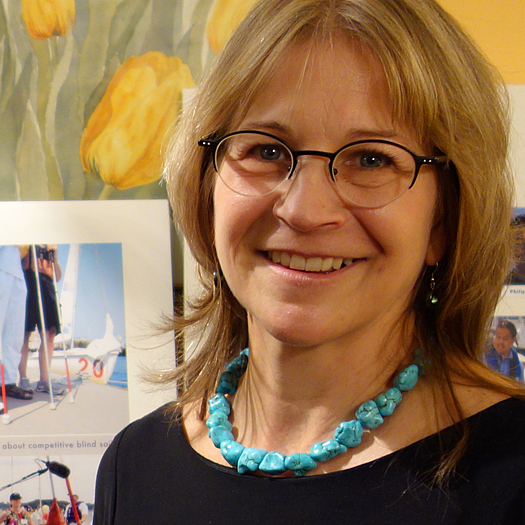 Christine Knowlton is a NY based artist/designer who segued into producing digital media and film that tell meaningful and positive stories. She has completed her first feature documentary, Sense The Wind about blind sailors and received a festival Humanitarian Award. Her award-winning short, Going Blank: Alzheimer’s Stories, screened in international festivals. She has created promotional videos for non-profit organizations and experimental multimedia videos with international composers. Christine has worked in broadcast production on the HBO hit, Bored to Death and other network TV series and features. She was the Film Festival and Outreach Distribution Coordinator for Doug Block’s documentary about domestic violence, The Children Next Door, and has worked as an Outreach Advocacy Consultant with CreativeFuture, an LA based anti-piracy arts organization. Christine is active in film outreach while collaborating on other new film projects and ventures.