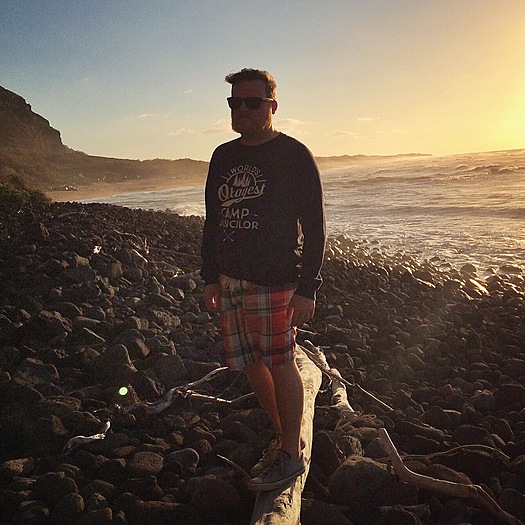 Andrew James is a nonfiction filmmaker pursuing uniquely American stories with an emphasis on character and place. In 2009, he completed Cleanflix, a feature-length documentary about Mormon movie sanitizers re-editing Hollywood films without permission. The funny and crowd-pleasing film had its world premiere at the prestigious Toronto International Film Festival before enjoying a healthy run on the North American festival circuit. The film, which explores morality, subjectivity and censorship through the lens of Mormon movie culture, has been praised for its witty yet balanced treatment of two starkly different worlds clashing over matters of artistic censorship. Featuring interviews with the founders of the clean film movement and the Hollywood directors determined to stop them, Cleanflix offers a fascinating, behind-the-scenes look at a weird and unforgettable piece of movie history. Now available on iTunes, Amazon, Hulu, Netflix, and Snag Films.

After finishing Cleanflix, Andrew moved to Michigan to begin work on Street Fighting Man, a feature-length documentary ensemble about three men fighting to build a stable life for themselves in post-industrial Detroit. Andrew lived in the city for more than a year and cultivated close bonds with the three men featured in the film. Cited as a "Filmmaker to Watch" by The Independent, Andrew has taken Street Fighting Man to such notable venues as Independent Film Week, the Hot Docs Pitch Forum, the Sundance Documentary Edit and Story Lab, and the Film Independent Documentary Lab. The film also received post-production support from the Sundance Institute and the San Francisco Film Society. Street Fighting Man is currently in post-production.

Andrew also makes time to work on other people's projects as an editor, producer, and cinematographer. In addition to film production, he enjoys working with young people at the Interlochen Summer Arts Camp where he teaches the Documentary Storytelling Class.