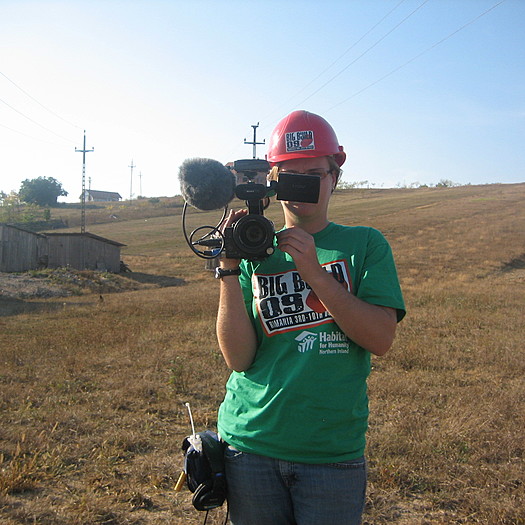 Based in New York City, often in Vermont, and sometimes around the world. When I'm not working on my own documentary projects, I stay busy in Reality TV Production (Discovery, NatGeo, History, etc). I graduated from Columbia College Chicago with a BA in Film/Video Directing, am originally from Vermont, and I went to high school in St. Louis.

In 2006, I started my own company, To the Moon Productions, initially focused on promotional videos for tour companies. This took us to Greece and Peru, and since then, we have gone into production on two feature documentaries.

TO THE MOON PRODUCTIONS

SOLO NO PUEDO: I CANNOT ALONE  – In production. Feature documentary filming in Peru for the last 8 years.

A 78-year-old attempts to leave his legacy – the first “green” hospital in Peru, being built in the middle of nowhere.

UNTITLED SCIENCE BUSINESS FILM – In pre-production. Feature documentary on the logistics of scientific discoveries and the stereotype-breaking young minds behind future medical cures.