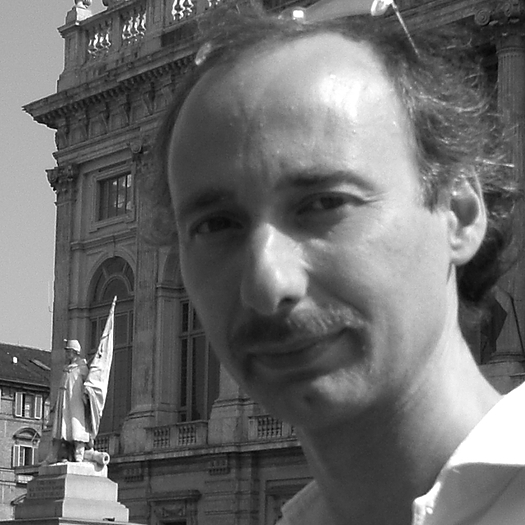 Italian film director and poet. Born in Turin, he defines himself a Film Director by mistake. He spent much of the late 1990s traveling Europe writing and in 2001 he moved to Northern Ireland. Before becoming a Film Director he worked as school janitor, sales man for an unknown circus, illegal museum guide and deliveryman of yellow pages. His most acclaimed work has dealt with social exclusion, and homelessness. His works combine documentaries, fiction and poetry. Among his films: Immagini â€“ Mad Portraits (1998), inspired by the work of R.D. Laing English psychiatrist, campaigner and poet and the 1980sâ€™ Franco Basagliaâ€™s law reform of the oppressive Italian psychiatric health system; Posta Prioritaria (Priority Mail, 2000) based on epistolary material from various intellectuals and artists from England, Hungary and Italy living during Nazism and Fascism; The House of Phrases (2001); Lies and Waves (2003) a film on the thin border between madness and normality and Memories of Ice and Fire (2006). In 2008 he directed Paradiso, a feature documentary on the lives of The Fountain estate in Derry, Northern Ireland. Produced by Margo Harkin (Besom Productions) and commissioned by BBC. Winner of 9 Intenrational Awards in Festivals around the world, including Best Documentary Prize at Slow Film Festival of Eger (Hungary) and Best Documentary Award at Global Cinema Festival, Indore (INDIA), Audience Award at Wurzburg International Film Festival and Best Documentary Award at Dhaka International Film Festival (Bangladesh), Best Film at WE The People Film Festival, London.
To see Alessandro Negrini's full profile (including skills, experience and contact information), you'll need to be logged in as a Professional.
Join or Log in