SHOCK VALUES records the last days of Toronto’s legendary genre rental shop: Suspect Video and Culture. For twenty-five years, it has been the place in the city to go for anything and everything horror-related, as well as imported, rare, out of print, and even banned videotapes and DVDs. Immediately after celebrating their quarter-century anniversary in 2016, however, Suspect announced that their flagship store would be closing. Using interviews with owner Luis Ceriz, footage of the store, and clips from classic films, the documentary explores a variety of issues: horror and why it’s important; the importance of tangible artistic objects; and what exactly we lose when independent, brick-and-mortar stores fade away. 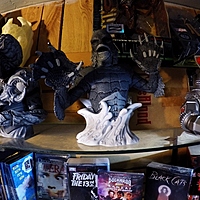 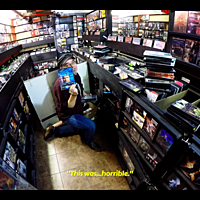